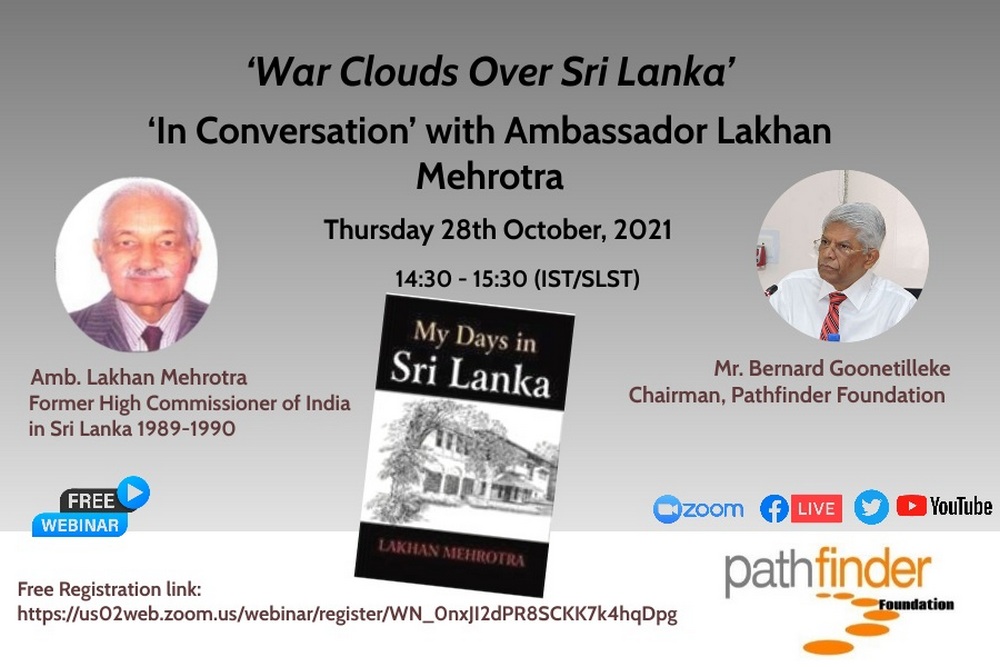 "Ambassador Lakhan Mehrotra, former High Commissioner of India in Sri Lanka featured in the Pathfinder “In Conversation” webinar scheduled on Thursday 28th October. Ambassador Mehrotra was interviewed by Bernard Goonetilleke, Chairman, Pathfinder Foundation. They discussed the guest speaker’s publication ‘My Days in Sri Lanka’, which features his experience during the period 1989-1990, when he served as High Commissioner of India in Sri Lanka, during a politically turbulent era coupled with the separatist war in the north-east and an insurrection in the south."