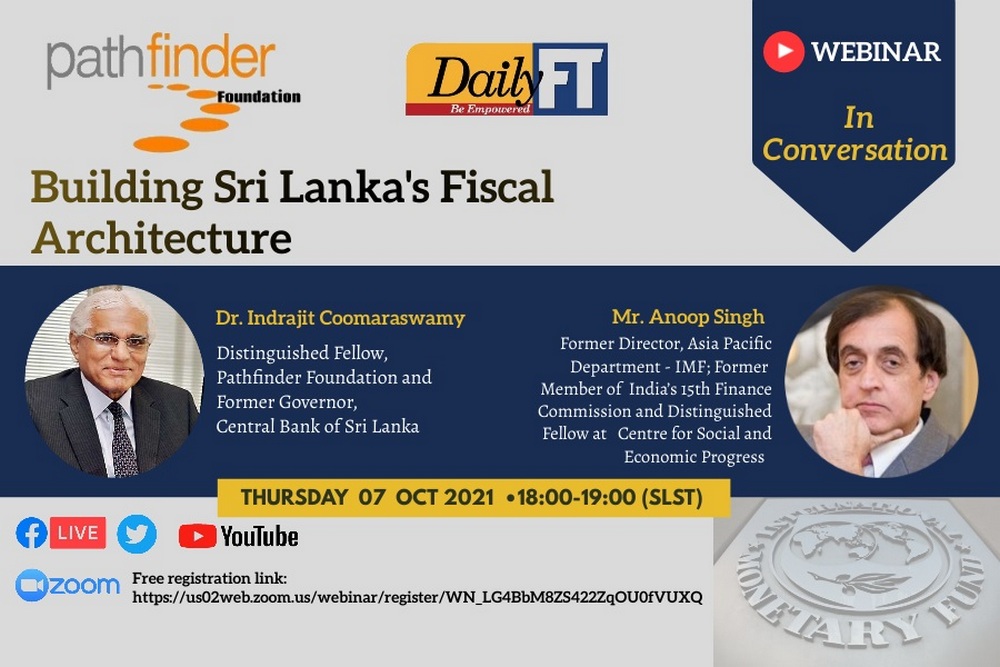 On October 7th, the Pathfinder Foundation hosted an ‘In Conversation’ Webinar on "Building Sri Lanka's Fiscal Architecture" with Dr. Anoop Singh, who is currently a Distinguished Fellow of the Centre for Social and Economic Progress (CSEP), India. He was a former Director, Asia Pacific Department of the International Monetary Fund (IMF) and also served as IMF Resident Representative in Sri Lanka.  Currently, he is an Adjunct Professor at Georgetown University. Dr. Singh was interviewed by former Governor of the Central Bank of Sri Lanka, Dr. Indrajit Coomaraswamy. Dr. Singh’s presentation was titled, Fiscal Architecture for 21st Century Sri Lanka: Fiscal Rules, Financial Management, and Institutions. In his presentation, he highlighted three pillars for the fiscal architecture: Fiscal Rules; a Public Financial Management System; and an Independent Assessment Mechanism. Fiscal rules are adopted by countries over a period of time. They need to be set across all levels of government, in order to make them work. Secondly, there is a need for public financial management systems to provide consistent reporting on the fiscal indicators that are part of the fiscal rules. The third important pillar is an independent assessment mechanism or institution that provides assurance, independent of the government.