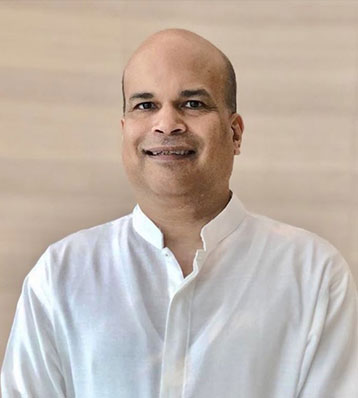 Mr Asoka Milinda Moragoda’s career has spanned business, government, politics, diplomacy, academia, philanthropy and the media. He is the High Commissioner of Sri Lanka to India and Founder of the Pathfinder Foundation, one of Sri Lanka’s leading independent policy research and advocacy organisations.

He is also the Founder and Chairman of the MMBL-Pathfinder Group, a diversified privately-held investment group. He is a newspaper columnist and conducts several TV talk shows. He is actively engaged in inter- and intra-faith initiatives, is involved in a lay capacity in many Buddhist institutions and is a Patron of the Prisoners Welfare Association. Mr Moragoda is an advisor to the High-Level Panel for ‘A Sustainable Ocean Economy’, was a member of the United Nations High Level Commission on the Legal Empowerment of the Poor and designated a Global Leader for Tomorrow and Young Global Leader by the World Economic Forum. As Honorary Consul for Brazil in Sri Lanka in the 1990s, he was bestowed the Order of Rio Branco by the President of Brazil.

Mr Moragoda was a member of the Sri Lanka parliament for 10 years; a Cabinet Minister holding various portfolios, including Economic Reform, Science and Technology, Tourism and Justice; and a Deputy Minister of Policy Development and Implementation. As Minister of Economic Reform, he provided leadership to bold economic reform programmes, including state-owned enterprises restructuring. As Minister of Science and Technology, he led the E-Sri Lanka initiative, which included setting up the Information and Communication Technology Agency as the apex body. He conducted a major restructuring of the government agencies dealing in the tourism sector, creating a public/private partnership to regulate and promote tourism. As Justice and Law Reform Minister, he set up a series of committees to address issues ranging from identifying causes for legal delays, Right to Information, juvenile justice, child protection, women in justice and Muslim marriage law to prison reform.

The rehabilitation programme for former Liberation Tigers of Tamil Eelam child soldiers conducted during his tenure – implemented as a partnership between the government, the military, the private sector, international agencies and religious organisations – has been cited as a model programme by international authorities.

Mr Moragoda served as a member of the Cabinet Subcommittee on Defence with special responsibility for the coordination of external defence matters. Between 2001 and 2003, he was on the government team for peace negotiations. He has functioned as Senior Advisor to the President, Special Presidential Envoy and Special Government Envoy at various times during his career.

Mr Moragoda holds an MBA from the Institute for Management Development in Switzerland and was a Fellow at Harvard University’s Weatherhead Centre for International Affairs (1994-95).